Warning: Invalid argument supplied for foreach() in /home/mtpstu6/public_html/wp-content/themes/notio-wp/inc/misc.php on line 1599 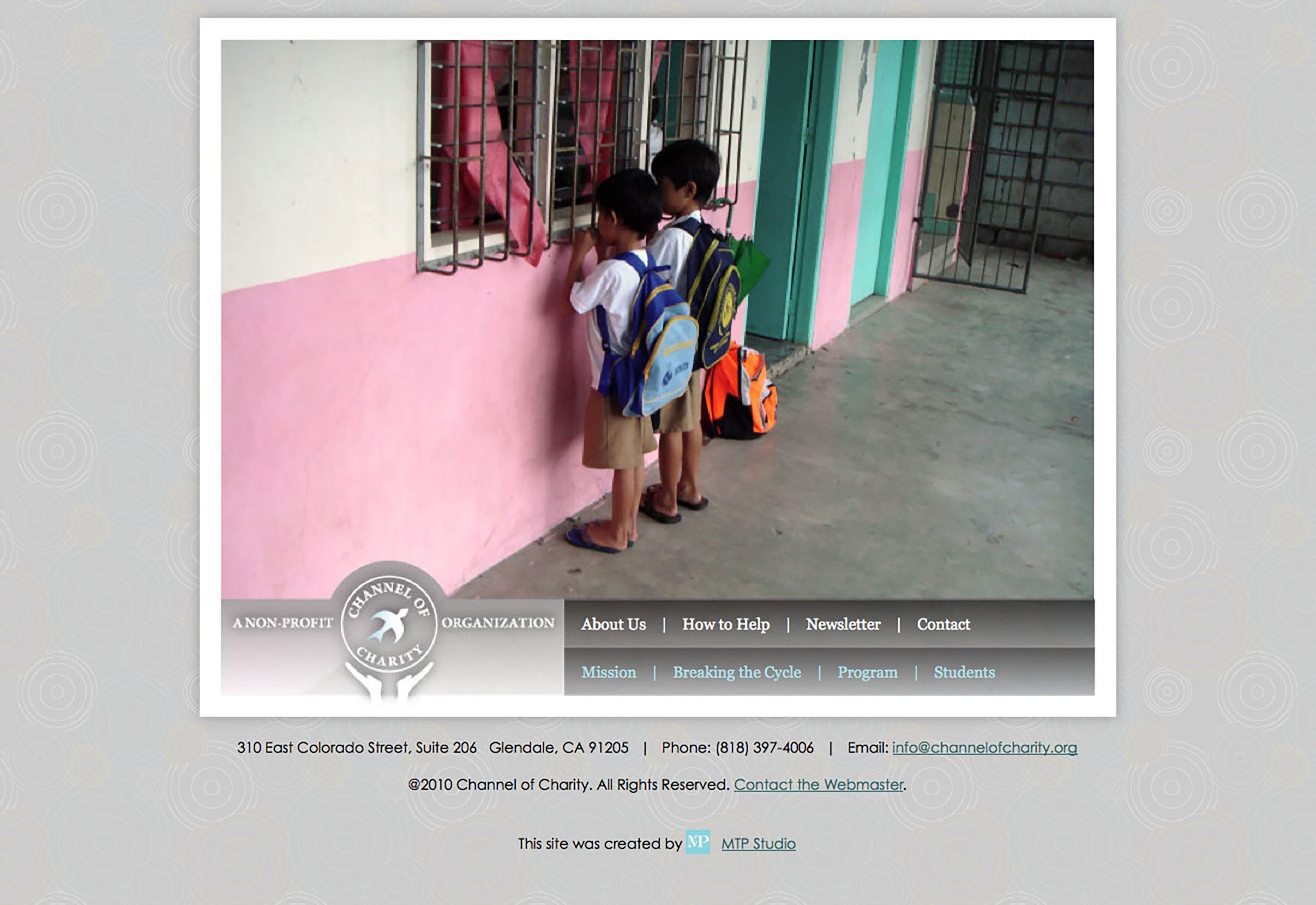 Design logo, stationary, and website for a non-profit group

Channel of Charity is a non-profit group that raises money for various charitable causes. The organization needed to establish a web presence and business stationary.

The group had preliminary sketches of a dove for their logo. Since their focus was world-wide, I incorporated a globe into the logo and added hands cradling the globe to emphasize the caring aspect of the charity.

I used HTML, CSS, and AJAX to create a site that featured the children they were sponsoring in the Philippines. Since their photographs were not very focused, I had to limit them in size.

In retrospect, I would have asked the organization about their future goals. The scope of the group expanded to include local causes, and the site quickly became outdated.

The initial design was not responsive and the static menu at the bottom was not ideal as it goes against common user patterns. I eventually redesigned it for a general approach that could be viewed on various devices.

Channel of Charity held annual golf tournaments to raise funds. The logo shape looked similar to a golf ball on a tee.

Next Project (n) One Misfortune Away